Kathmandu Spring: The People’s Movement of 1990 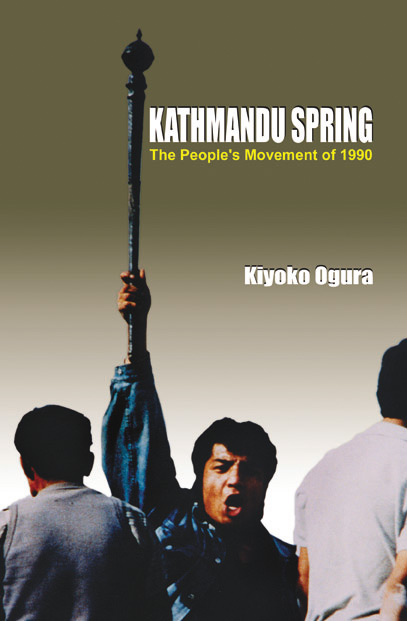 Kathmandu Spring: The People’s Movement of 1990

Resunga: The Mountain of the Horned SageThe Rhododendrons of Nepal

Kathmandu Spring: The People’s Movement of 1990by Kiyoko Ogura2001, pp. xi+232ISBN 99933 13 09 2On 20 January, the outlawed political parties of Nepal declared the launch of an agitation to overthrow the monarchical Panchayat system and re-establish democracy. They chose to begin their movement on 18 February, the same day that the Rana regime had capitulated 40 years earlier. The Movement for the Restoration of Democracy came under strong attack from the king’s government. But, ultimately, the people’s will prevailed, and on 8 April, King Birendra lifted the ban on political parties and initiated steps towards establishing a parliamentary form of governance. This book provides a blow-by-blow account of the 60 days that ushered democracy’s second coming in Nepal. Kiyoko Ogura has reconstructed this history from interviews with more than a thousand individuals who were at the vortex of events to tell the story of how democracy was won by the people of Nepal.

Japanese journalist and author Kiyoko Ogura wrote about the People’s Movement of 1990 in Shukam Asahi and The Economist magazine of Maimichi newspaper. At present she lives in Nepal as a correspondent for the Tokyo-based Asia Press International. This book was published in its original Japanese as 60 Days of a Shaking Kingdom (1999). The accompanying picture shows Ogura in action at New Road, Kathmandu, on 6 April 1990.

Be the first to review “Kathmandu Spring: The People’s Movement of 1990” Cancel reply