Resunga: The Mountain of the Horned Sage 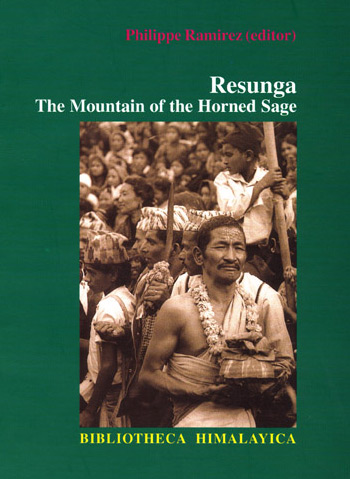 Resunga: The Mountain of the Horned Sage

Land and Social Change in East Nepal: A study of Hindu-tribal relationsKathmandu Spring: The People’s Movement of 1990

Resunga: The Mountain of the Horned Sageedited by Philippe Ramirez2000, pp: x+304ISBN 974-524-017-6A multi-disciplinary study of Gulmi and Argha-Khanchi, two districts in modern central Nepal which coincide with the boundaries of prominent earlier principalities, prior to the unification of the country in the late 18th century. The study, conducted by a team of French scholars in the early 1990s, traces the history, ecology, ethnology, social and political structure, economic activity and religious ritual of the region’s inhabitants. A fascination and detailed account of part of Nepal which has subsequently become one of the most troubled areas in the country.

Be the first to review “Resunga: The Mountain of the Horned Sage” Cancel reply