Land and Social Change in East Nepal: A study of Hindu-tribal relations 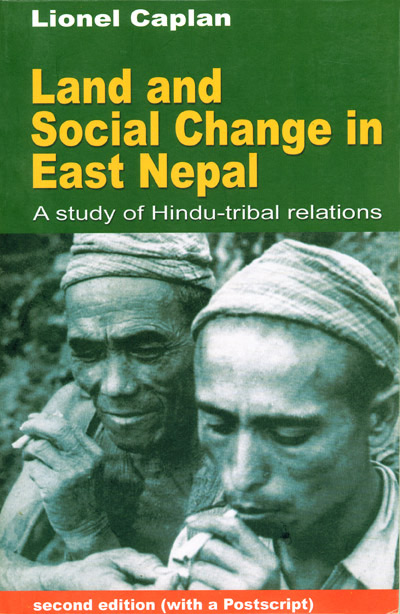 Land and Social Change in East Nepal: A study of Hindu-tribal relations

Toni Hagen’s Nepal: The Kingdom in the HimalayaResunga: The Mountain of the Horned Sage

This book studies the changing relations between the indigenous Limbu of east Nepal and the Brahmans who arrived later in their region, and looks at how the Limbu retain their sense of identity in the face of long-continued domination by their neighbours. The author has added a postscript to this edition of his classic sociological study.
Lionel Caplan is Emeritus Professor of South Asian Anthropology and Professorial Research Associate in the University of London, School of Oriental and African Studies. He has maintained an ongoing research interest in Nepal since he first did field-work in the country in 1964-65. His other publication include Administration and Politics in a Nepalese Town: The Study of a District Capital and its Environs and Warrior Gentlemen: ‘Gurkhas’ in the Western imagination (also published by Himal Books). He has also done field work in south India.

Be the first to review “Land and Social Change in East Nepal: A study of Hindu-tribal relations” Cancel reply