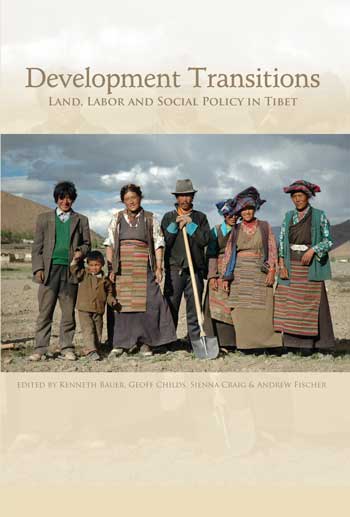 Ken Bauer conducts research in pastoral areas of China, Nepal, and Bhutan. His work investigates the effects of, and adaptations to, government policies such as resettlement, fencing and conservation. Having earned degrees in development studies (DPhil, Oxford), rangeland management (MSc, UC-Berkeley), and history (BA, Brown), Bauer draws from multiple disciplines in assessing land use and socio-economic changes among nomads. Bauer co-founded DROKPA, a non-profit organization that partners with communities in the Himalaya and Central Asia to implement grassroots development and catalyze social entrepreneurship. He currently teaches at Dartmouth College and is also an international development consultant.

Geoff Childs, Associate Professor of Anthropology at Washington University in St. Louis, specializes in studying demographic issues through an anthropological lens. He has conducted research in China’s Tibet Autonomous Region, Tibetan exile settlements in India, and the ethnically Tibetan enclave of Nubri, Nepal. He is the author of Tibetan Transitions: Historical and Contemporary Perspectives on Fertility and Family Planning (Brill, 2008) as well as numerous articles dealing with demography, anthropology, and development.

Sienna R. Craig is Assistant Professor of Anthropology at Dartmouth College. Her work includes Horses Like Lightning: A Story of Passage through the Himalaya (Wisdom Publications 2008) and Medicine Between Science and Religion: Explorations on Tibetan Grounds (Oxford: Berghahn Books 2010).

Andrew Fischer is Senior Lecturer of Population and Social Policy at the International Institute of Social Studies (ISS) in The Hague, The Netherlands, now part of Erasmus University Rotterdam. A development economist by training and an interdisciplinary social scientist by conviction, he has been involved in studying, researching or working in development studies or in developing countries for over 25 years and on China’s regional development strategies in the Tibetan areas of Western China for more than 10 years, following seven years spent living in the Tibetan exile community in India in the 1990s. He earned a PhD in Development Studies from the London School of Economics.

Be the first to review “Development Transitions: Land, Labor and Social Policy in Tibet” Cancel reply