Nepal’s Peace Process at the United Nations — I 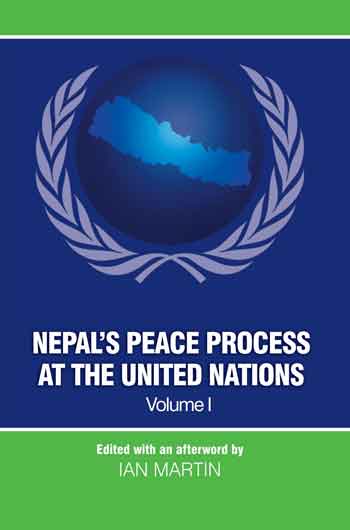 Nepal’s Peace Process at the United Nations — I

Close Encounters: Stories from the Frontline of Human Rights Work in NepalThe country is yours

This is a collection of the reports of the United Nations’ Secretary-General to the Security Council on political and human rights developments in Nepal, and the briefings to the Council by his Special Representative, Ian Martin.

It begins with the letter from the Secretary-General to the Security Council in response to the Nepali government’s request, in 2006, for help with the then unfolding peace process and ends with Martin’s departure from Nepal in early 2009.